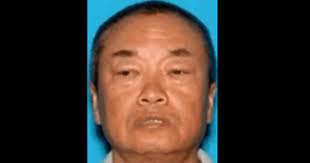 An angry worker has killed at least seven coworkers and injured another in shootings at two farms in the Northern California city of Half Bay in the U.S.

The suspect, identified as 67-year-old Chunli Zhao, later turned himself in to authorities.

Some of the victims in Monday’s shooting were gunned down in front of horrified children at the two scenes separated by several miles on the outskirts of the small city along the California’s coast, the San Francisco Chronicle reported, citing San Mateo County Sheriff Christina Corpus.

Zhao, a Half Moon Bay resident, is believed to have acted alone and was “fully cooperating” with investigators after his arrest, Corpus said.

Sheriff officials said four people were fatally gunned down and one person was wounded at one nursery and the other three victims were killed at another nursery. Police learned of the rampage around 2:30 p.m on Jan. 23.

It’s not clear how the two locations are tied to each other, but San Mateo County Board of Supervisors President Dave Pine said the suspect worked for one of the businesses. He also called the suspect a “disgruntled worker.”

The victims were also workers at the facilities, police said. Some of the workers even lived at the location with their families, Corpus said.

“For children to witness this is unspeakable,” Corpus said. “This is a devastating tragedy for this community and the many families touched by this unspeakable act of violence.”

San Mateo Sheriff Christina Corpus said Zhao was found in the parking lot of a sheriff’s substation and surrendered to deputies without incident. A semi-automatic weapon was found in this vehicle, she said.

The shooting comes just two days after California was rocked by another mass shooting that left 11 dead at a ballroom in Monterey Park outside Los Angeles, authorities said. The mass shooting on Saturday, Jan. 21, was carried out by 72-year-old Huu Can Tran, who later committed suicide amid a police hunt.