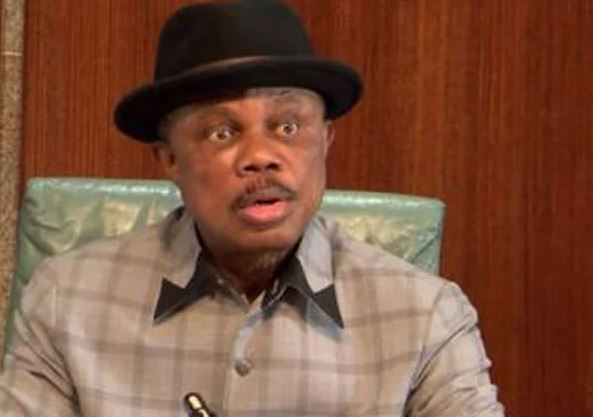 Former Anambra state governor, Willie Obiano has dismissed reports that he is at loggerheads with his successor, Gov Chukwuma Soludo.

The former governor was alleged to have tasked Prof Chukwuma Soludo to finance the senatorial ambition of his wife, in return for his election in November last year.

In reaction, Obiano through a press statement by his Publicist, Mr Tony Nezianya denied the allegation.

He said: ‘’I never raised any issues concerning campaign funding for my wife, who is seeking a seat in the Senate to represent Anambra North.

‘’I never granted an interview over such a matter. The author of such a verse is on a mischievous venture with an aim at causing disharmony, he does not have my authorisation.

‘’I state unequivocally that whoever did that is a mischief maker.”

Obiano who had stood firm in his support for the candidate of the then All Progressives Grand Alliance, APGA, Prof Chukwuma Soludo in the last governorship election insisted that he was the best for the job.

Read Also!  Dad Shoots 14-year-old Daughter Dead Then Turns Gun On Himself to Get Back At Estranged Wife (Photo)

‘’I have not at any fora expressed misgivings about him (Soludo). I never said to anyone or a group that I am disappointed in him.

‘’I never said anything like that. I did not at any point discuss my wife’s funding with anyone. That clearly shows the comment is false, and the handiwork of a fake news vendor.

‘’I have confidence that Gov. Soludo will live up to the high expectations of Ndi Anambra,” Obiano concluded.