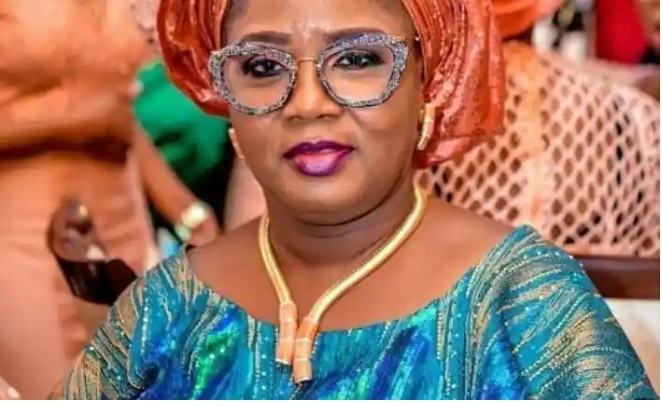 The Labour Party (LP) has asked the police to arrest and prosecute Bola Tinubu’s daughter, Folashade Tinubu-Ojo, the Iyaloja General of Lagos State.

LP called for Tinubu-Ojo’s arrest for coaxing traders who failed to attend the Women’s rally in support of her father’s presidential ambition, to pay N5,000 or be shut down.

Arabambi said that the call became necessary following complaints by the affected traders while bemoaning the recurring attacks on members of the party and their offices in Lagos State.

Recalling an alleged attack on “the party’s offices in Ajegunle and other areas in Lagos,” Comrade Abayomi, disclosed efforts made by the party to enable a harmonious political environment in the state.

The statement however accused the Police Command in the state of refusing “to act on its clarion calls to create an enabling environment for all politicians in Lagos irrespective of their party’s affiliation.”

In a related development, Labour Party has called on President Muhammadu Buhari to declare a State of Emergency in Delta State before it is too late, saying “a stitch in time saves Nine.”

He stressed that if the current act goes unchecked, “it is capable of causing the breakdown of law and order and a full recipe’ for anarchy capable of truncating the 2023 general elections.”

Read Also!  Woman Leaves Her Marriage In Kano State And Goes On To Marry A Suitor Her Daughter Rejected