The rapper who graduated from Langston Hughes High School in Atlanta on Friday last week, celebrated by pulling out $10,000 in cash and throwing it all over the stage.

Metro Marrs, a young American rapper, has been arrested and detained by police for ‘making it rain’ at his own graduation.

The rapper who graduated from Langston Hughes High School in Atlanta on Friday last week, celebrated by pulling out $10,000 in cash and throwing it all over the stage.

His fellow graduating classmates went wild and cheered him as a wild money picking frenzy occured but school management was not pleased with the action.

Police handcuffed the 18-year-old and escorted him out of the commencement ceremony. He was detained for attempting to ‘start a riot and disorderly conduct’, and ticketed for the offense. 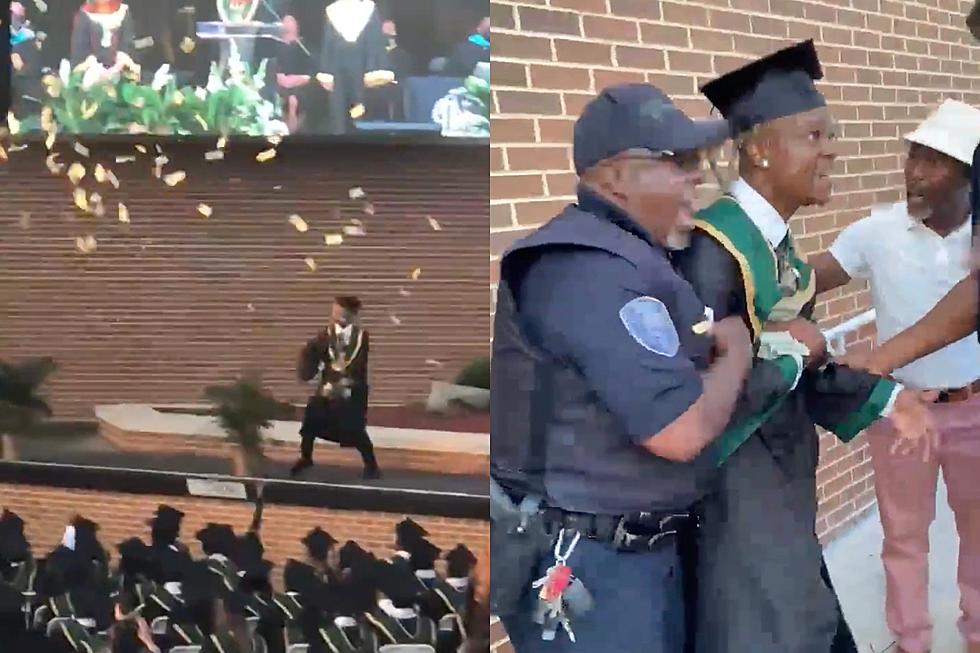 Marrs was reportedly detained for several hours. It’s unclear if he is facing any charges related to the incident.

Video of his stunt when viral on social media where fans shared their support and praise for the “Bye Felicia” hitmaker.

Metro Marrs getting detained at his high school graduation pic.twitter.com/MVXNLjOzl4

“I wonder if his major was marketing…Either way this was genius!” a fan wrote.

Speaking with gossip site, TSR l, Metro explained that he hadn’t seen his fellow classmates in person all year due to the pandemic and this was his way of giving back to some of them who may not have received money for their graduation.

“I was creating a moment that would be memorable,” said Metro, who waited until every student walked before throwing the money.

“I had to do that for the last time. Everybody was lit! We graduating high school!”

Metro Marrs is in the same record label as rap group, Migos.