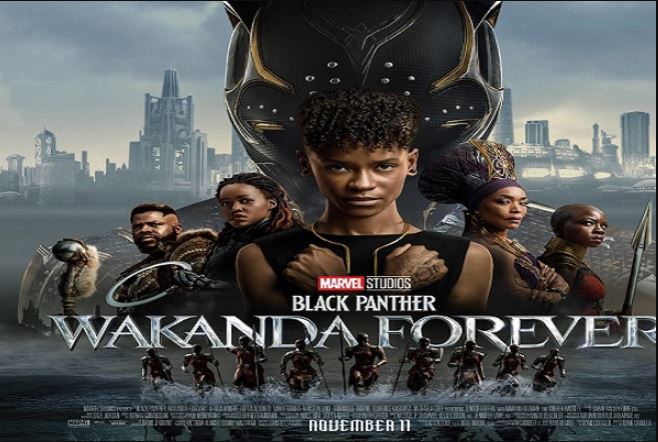 Without a doubt, Nigeria has continued to maintain huge relevance from politics to entertainment on the global stage.

This is evident again in the number of Nigerian artistes in the West for Black Panther: Wakanda Forever released at the weekend.

The 2022 American superhero film based on the Marvel Comics character Black Panther features popular Nigerian artistes at home and in the diaspora.

It is the sequel to Black Panther released in 2018 and the 30th film in the Marvel Cinematic Universe (MCU) produced by Marvel Studios and distributed by Walt Disney Studios Motion Pictures.

Rihanna’s single ‘Lift Me’, co-written by fast rising award-winning singer, Temilade Openiyi known as Tems was the first to be released in the movie promotional effort.

Tems also performed Bob Marley’s ‘No Woman No Cry’ as a solo act.

The song was bridged together with Kendrick Lamar’s “Alright.”

YBNL artiste, Adedamola Adefolahan known as Fireboy DML, featured solo on the track ‘Coming back for you’.

Jonzing World star Rema was featured on two tracks, ‘Wake Up’ with Bloody Civilian and ‘Pantera’ with Aleman.

American rapper of Nigerian descent Tobe Nwigwe teamed up with his wife Martica, popularly known as Fat, for ‘They want it but no’.