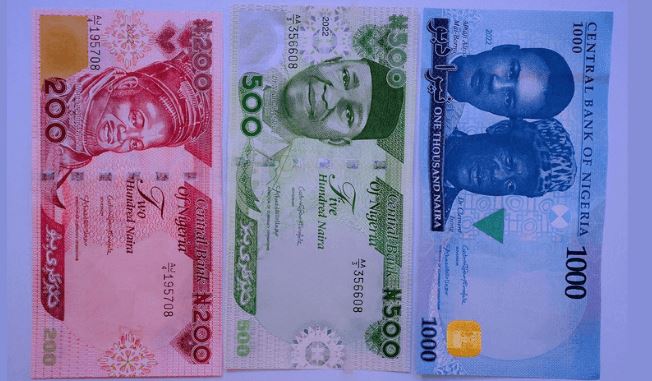 The Central Bank of Nigeria has disclosed that it has been begging banks to collect the new Naira notes as the deadline for the phasing out of the old N200, N500 and N1000 notes draw near.

Speaking at a sensitization program on Wednesday, January 18, the head of Legal department of the CBN, Kofo Salam-Alada, said the apex bank will go tough on banks that continue to fill their ATM machines with old naira notes as the deadline to phase out the notes nears.

He mentioned that the CBN is monitoring banks that were still dispensing old naira notes from their ATMs.

We found out that a lot of things are happening that we need to checkmate, so we stopped withdrawal of new notes over the counter to ensure  that everyone can have access to it and not one chief who is known to the manager, walks in, and  carts away all the new notes in a particular branch. That is why we said it should be in the ATMs which cannot distinguish people.

We also have monitors going around banks now. I have been to some ATMs this morning and I have done the reports. We are not mobilising the masses against the banks because the banks are there to serve you, but be rest assured that they will serve you now that they know that the CBN is on them to serve you with the new naira notes.”