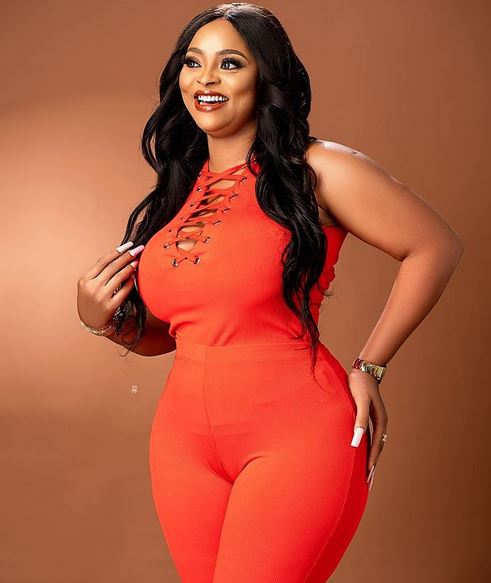 Nollywood actress, Angela Eguavoen has revealed why most women no longer need a man to attain s3xual satisfaction.

Revealing the reason in a recent interview, the actress said the reason is because there are many gadgets that are faster and sweeter than men.

She said: “Women don’t even need men to pleasure themselves. There are gadgets that are even faster and sweeter than men (laughs). Why should a broke man even date a lady? A man should be able to feed himself first before thinking of going into a relationship.

“Dating a woman is a responsibility, and it helps to train the man to be more ‘manly’, so that when he gets married, it will not be a big deal anymore for him to take care of his family.

“Men should be responsible for their partners’ bills if they want women to respect them. If I am the one taking care of my responsibilities, why should I be ‘extremely’ submissive to a man? Men should ask themselves if they come through for their women when they need them.

“Women see relationships as a money-making venture, not as a s3x-making (sic) venture. Why should a man not want to spend money on a woman but want to keep having s3x with her?”